By Gethsemane Mwizabi, Times of Zambia

Young people in Zambia and all across the world, live in a time of unprecedented expansion of mobile phone technology.

With the number of mobile phone subscriptions that has outpassed the global population, this generation has more access to mobile phone, social media, and internet than any other generation before.

The rise in mobile phone usage among young people serves as an opportunity to reach them with life-saving information, such as how to protect themselves from HIV infection.

This is good news given the low levels of knowledge among young people, such as those in schools.

Over the years, significant strides have been made by the Government and other stakeholders to ensure that young people receive comprehensive life skills and sexuality education.

However, comprehensive HIV knowledge among young people in Zambia still remains low- at around 40 per cent.

It is even lower among girls compared to boys. Transfer of comprehensive HIV information from teachers to learners remains a major challenge, and the availability of youth resource centres remains limited.

Hence, innovative approaches are needed to narrow the HIV knowledge gap in this “digital” generation, in a cost-effective and sustainable manner.

Evidence indicates a need for creative ways to cater for the needs of the young people to reach them out with information.

In this context, new technologies such as SMS and internet have the potential to reach them with information, which can address their key concerns and dispel ignorance, rumour, and misinformation about HIV prevention, treatment, care, and support.

Use of SMS (SMS) has been proven to be an effective strategy for continuous, low cost, and individualised HIV and STI education, and for broader health promotion, resulting in increased level of knowledge, and adoption for safer reproductive health and sexual behaviours such as reduction in multiple concurrent sexual partners, increased up-take of condom use, and up-take of STI/HIV tests etc.

It is for this reason then that the National AIDS Council (NAC) with the support from UNICEF designed an innovative SMS platform -Zambia U-Report- for young people.

The platform provides individualised and real-time 24hours education and counselling services on HIV, STI to adolescents and young people in a manner that respects their privacy, through SMS using the short code “878” to join.

Results from polls would inform policy and programmatic decisions, and guide targeted behavioural change campaigns that will integrate SMS as one important tool.

Since its launch last year in December, the U-report has been providing a platform for youths as they take a more central role in shaping the national HIV response at individual and community levels through regular opinions polls on HIV and STI related issues using SMS.

24-year-old Jack Kafwanka from Ndola says the programme has given him power to implement change for an HIV free Zambia.

“I am happy that the programme ensures privacy which enables me to be free to ask anything, clear my mind and empower myself on issues of HIV and STIs in turn, this makes me a young walking breathing mobile knowledge bank helping me to cash out information and provide answers to my peers on pressing issues affecting them like sex debut, use of condoms and circumcision,” he says.

The SMS tool, it is designed to give youth and children a voice on issues that affect and impact them in their community.

A question is sent each week; if the recipient answered correctly, a confirmation SMS was sent, and if he or she answered incorrectly, a rectifying message is sent. Questions includes: “What is the difference between HIV and AIDS?”, “How is HIV transmitted?”, “Have you ever tested for HIV?”

It uses a bulk of short message service (SMS) platform for HIV/AIDS education and communicating knowledge about the disease and encouraging subscribers to volunteer for HIV testing.

The Knowledge Bank is a dynamic repository of up-to-date information on HIV and STI; it is accessible to the SMS-counsellors as they interact with the young people through SMS.

These linkages with mass media would guarantee equity in access to information for young people who do not own a mobile phone and the young people with disabilities.

There is no doubt that rising HIV prevalence is forcing policy makers to look for inventive ways of educating people about the virus.

Their latest tool is mobile phone technology, whose rapid growth has provided an avenue that could potentially reach millions with messages.

Zambia, whose population stands at 13,817,479 (July 2012 estimates) has an increased mobile user penetration with 8.2 million subscribers, according to the Zambia Information and Communications Technology Authority (ZICTA),

One third (4 million) of the Zambia population is aged 15-24 years; yet every hour, three young people become infected with HIV, two of them are girls.

Over the past 10 years, despite implementation of nationwide HIV education programmes in school and at community level, less than 40 per cent of young people in Zambia have comprehensive HIV knowledge, with lower levels among females.

Similar trend is noted for the use of HIV prevention services (condoms, male circumcision) with the exception of HIV testing among girls and delay of sexual debut.

With such statistics, the young generation remains an endangered species.

Young people’s HIV risk is increased when they have limited knowledge about the means to protect themselves and they are not supported to access and utilize them.

Emerging evidence support the potential of SMS-based interventions to increase young people’s knowledge about HIV and STI, and reduce their sexual risk behaviours.

As the number of people with access to mobile phones increases the world over, Zambia has a fair share of it.

About one in every three young people in Zambia has at least one mobile phone subscription.

This presents an opportunity to reach-out to young people with life-saving SMS-based interventions.

The programme is free for all U-Reporters registered with the three mobile providers in Zambia (Airtel, MTN and Zamtel).

From the time, it was launched, according to the National Paediatric ART Review Meeting that was held recently, over 12,500 messages have been received and the number of unique conversations stood at 3,479.

It is a Functional two-way real-time interaction between adolescent/youth and SMS counsellors.

“We just want to take advantage of the new media to reach this (youth) audience. Young people are very free to use this resource because mobile phone is very personal and confidential,” says Justine Mwiinga Donor Coordinator and public relations manager NAC.

Mr Mwiinga is happy with the overwhelming response from youth ever since its launch.

Many young today, both in urban and rural areas are sexually active, which is why redemptive measures are needed to salvage a generation from HIV.

“The U-Report presents an atmosphere of confidentiality as counselors are not personally known by ‘reporters.’ he says.

UNICEF is happy with the “hype” the u-report caused among young people.

Country representative Dr Iyorlumun J Uhaa has disclosed that the initiative currently targeting some 150,000 young people in Lusaka and Copperbelt provinces as direct beneficiaries in 2013, with expansion to other provinces in 2014.

Lusaka and Copperbelt provinces have the highest population of young people aged 15-24 years (476,000 in Lusaka and 447,000 on the Copperbelt) with HIV prevalence of 18 per cent in the general population 15-49 years.

“The Zambia U-Report project has received very positive feedback from young people. For instance, we have noted comments through social media platforms such as the UNICEF Zambia and Unite4Climate Zambia Facebook pages.

There can never be a better way to guarantee the future of any nation without preserving the lives of its youth,” he says.

UNICEF has collaborated with the Government through the National AIDS Council to put U-Report together.

“The launch of the Zambia U-Report is very timely. Because of our commitment as UNICEF to contribute towards reduction of HIV among young people who are Zambia’s future leaders, we thought of innovations that can work,” says Dr Uhaa.

U-Report has been successfully used in Uganda for the last five years to exchange a wide range of information like governance issues.

One of the biggest advantages of the using the system is confidentiality.

Due to cultural factors and tradition, young people in Zambia are sometimes constrained to freely talk about sex with their parents.

U-Report enables them to freely ask questions from counsellors who are online.

Yes it is almost unreal, but is a real digital generation where free advice on HIV and STI from trained counsellors can be gotten from the comfort of one’s phone.

True, long ago, these where the issues one would need to get appointments for, but not anymore.

The confidentiality of the programme has given courage and peace of mind for young people to talk about issues they could have been silent on.

“It has been fan to use it. I encourage all young people in Zambia to get involved and to sign-up for it,” says 16-year-old, Tiyamike Phiri, who completed Grade 12 in 2012 at Helen Kaunda Secondary School, in Kitwe.

Next year she is going into law school, and she is happy and feels empowered and that her voice has been able to count on matters of that affect her.

Another youth, Kapolo Mushinge, 22, believes youths need guidance and mentoring if they had to lead socially responsible lives.

“I have a fiancé, and for us it’s abstinence until marriage. What I know is, however, a lot of young people are sexually active and they should be told on the correct way of using condoms,” she says.

Her argument is that majority of the youths are sexually active and do not use any safe methods at all.

Ms Mushinge, says lots of young people are contracting the virus, which is why initiatives like the U-Report are ideal arm them with right information.

“I can tell my fellow youths to abstain, but a lot of them are sexually active,” she says.

She has convinced her fiancé to join the U-Report saying more people need to sign-up for it.

As ZICTA public relations officer Chisha Malunda would say the advent of electronic based communication is greatly transforming all social and economic conditions and interactions globally and Zambia is not excluded from this transformation.

The U-Report is just a testimony to that. So go ahead and sign-up for it and let your voice count. 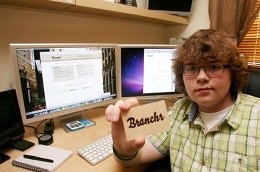 How a 16-year-old Kid Made His First Million Dollars Following His Hero, Steve Jobs 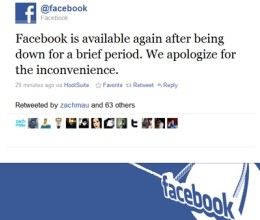 Facebook Goes Down Amid Rollout of New Brand Pages 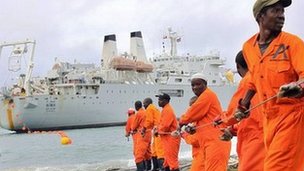