This article, published as part of our Special Coverage on mHealth was first published in our Print Edition for September 2012. You can obtain a full download here.

Accurate bookkeeping is on nobody’s list of heroic acts. But without it, some revolutions are impossible, including the overhaul of a nation’s health care infrastructure. And Uganda’s health care system needs quite an overhaul. There aren’t enough doctors, just 131 hospitals serve nearly 36 million people, and children are dying of treatable diseases, especially malaria, which accounts for up to 40% of medical visits and almost a quarter of deaths among kids under 5.

The Ugandan Ministry of Health and various NGOs have tried to address the issue with smaller clinics and volunteer village health team workers, some of whom dispense drugs. Malaria can be held at bay with artemisinin-based combination therapies (ACTs). But too often, Ugandans who turn up at local clinics cannot get them. There isn’t a shortage of medicine, but supply lines to the clinics have gotten snarled or the drugs have been diverted to private clinics. Without accounting, it’s impossible to untangle the knot.

While Uganda may not have enough hospitals, it’s well served by cellular carriers. A third of Ugandans have mobile phones, which are widely shared.

While Uganda may not have enough hospitals, it’s well served by cellular carriers. A third of Ugandans have mobile phones, which are widely shared. They’re not smart phones — the only app most of these $7 handsets offer is a flashlight — but they can send texts.

For all the apps and gee-whiz features of phones, their ultimate transformative power is the ability of one person, no matter where he or she is, to communicate with another. In developing nations, the simple text message represents a quantum leap in connectivity.

In a new initiative called mTrac, supported by UNICEF and the World Health Organization, health workers using these phones to text details of drug supplies and disease outbreaks that they had previously put on paper. This information is amassed and coded into a kind of online dashboard so that public-health officials can see in real time what’s going on. “It’s easy to track who has a lot of medicine and who has none and to move the stock from one clinic to the next,” says Nabukalu Hasipher, a records assistant at the Mpigi district health office. “Before, I had to call each and every one.”
Of course, the texts are useless if they’re not accurate. And local health clinics aren’t eager to report gaps in service. So the system has an alternate stream of data: crowdsourcing. “It’s a toll-free SMS complaints hotline,” explains Sean Blaschke, who leads UNICEF’s health-innovation work in Uganda. “Anyone who wants to report a problem about health care delivery can anonymously send information to a call center.” These complaints are collated, checked out and added to the region’s dashboard.

And finally, UNICEF has recruited about 140,000 members to a kind of SMS social-networking group called U-report. Communicating entirely by text, U-reporters, who join the group much as people join Facebook, send and receive information about development issues, including health. These texts can be targeted; mothers can be alerted to free vaccinations in their area, for example.

One of the tripartite system’s key strengths is that for an innovation so digital, it’s actually low tech.

This means the ongoing cost of mTrac to the Ugandan Ministry of Health appears to be negligible. The U.K.’s Department for International Development provided the initial capital, including money for building the software, training workers and setting up the Internet, but the workers use their own phones. UNICEF estimates the Health Ministry’s outlay to be about $14 per district per month.

If the costs are slight, the value isn’t. In January, the health team in the Kotido district noticed an uptick in reported cases of pneumonia. Upon investigation, it found that a village health team worker was misdiagnosing the disease and that patients were being treated with unnecessary and costly antibiotics. The mistake was spotted and fixed within weeks. (The worker was retrained.) The community hotline was also engaged after the Ebola outbreak in Kibaale in July killed 17 people, mostly disproving reports of further cases and limiting public hysteria.

The mTrac program is under way in clinics in 57 of Uganda’s 113 districts; the other 56 should be added this year. Initially, about 8,000 village health team workers are being trained. Some texters, says Blaschke, can send in their reports in five minutes. Others have never used cell phones for anything except pressing the green button to make a call.
The further uses to which this method of data collection and bookkeeping can be put are myriad; Blaschke hopes to track and treat a multitude of problems. “In the past, in order for UNICEF to know, for example, how many water boreholes were working, we’d have to spend a couple of hundred thousand dollars sending a team out for months to do surveys,” he says. “We could now do that in 24 hours for a hundredth of the price — and involve community members in the process and better represent their needs.”

mTrac is certainly not a cure-all; having the details of a problem at your fingertips is by no means the same as having a solution. The Ministry of Health has 1,000 reports coming in weekly and sometimes struggles to respond. And the ability to reach public officials — who have gone on TV and radio to address the concerns raised on U-report — has changed expectations among people who formerly felt they had no voice. “In a way,” says Blaschke, “it’s remaking the social contract between government and its citizens.”

Why a Personal Touch is Necessary

Over 1 million signups for mHealth service in Tanzania 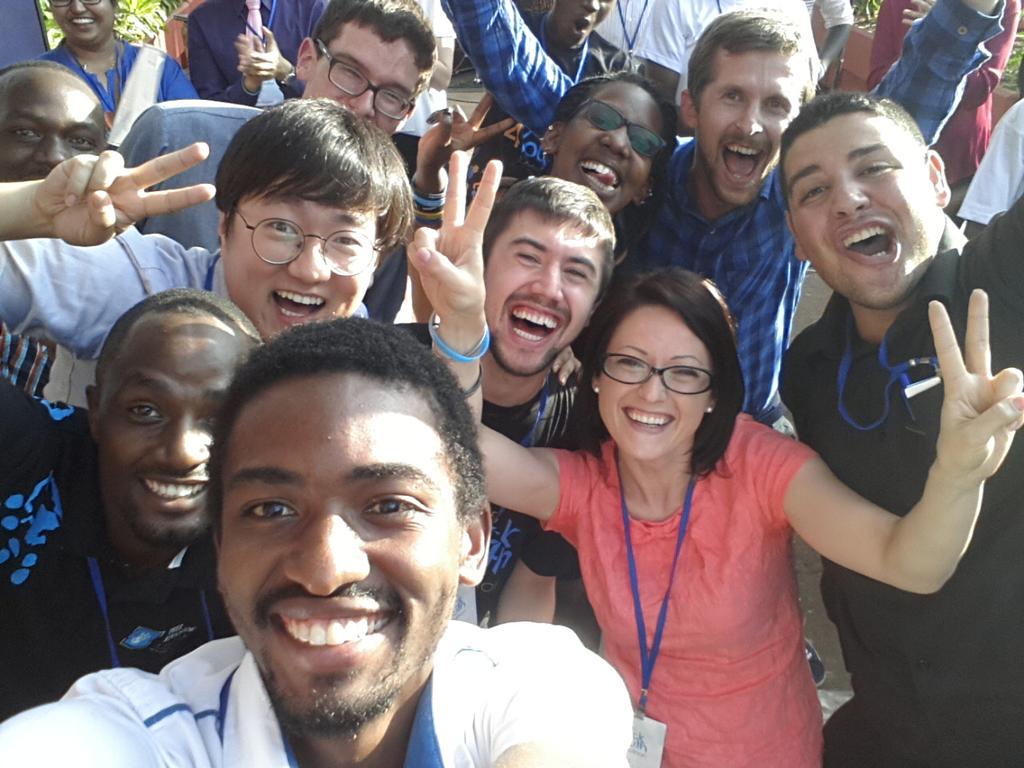