The procurement – through a network of tech companies in Iran and the Middle East – offers further evidence of the limitations of US economic sanctions.

The sanctions are intended to curb Iran’s nuclear programme, which Tehran maintains is peaceful. No US company can sell goods or services to Iran unless it obtains special authorisation, such as for humanitarian aid. But US enforcement has focused on containing Iranian banks, terrorism, Iran’s oil industry, and individuals and companies that Western capitals believe are involved in Tehran’s nuclear development program.

Reuters reported in March and April that ZTE, a Chinese telecom-equipment maker, had sold or agreed to ship millions of dollars worth of US hardware and software to Iran since 2010 despite a longtime US sales ban on tech products to Iran. The buyers were Iran’s largest telecom carrier, Telecommunication of Iran, and a unit of the consortium that controls it. The US Department of Commerce is investigating.

“There’s nothing you can get in the US or Dubai that you can’t get in Iran,” Chris Kilowan, who was MTN’s top executive in Iran from 2004 to 2007, said in an interview. He said MTN’s parent company, MTN Group, was directly involved in procuring US parts for MTN Irancell, which launched in 2006 and is now Iran’s second-largest mobile phone operator.

“All the procedures and processes around procurement were established by MTN,” he noted. Kilowan said the company agreed to allow its Iranian partners and MTN Irancell to set up a local Iranian company with the “basic” purpose of evading sanctions on Iran.

In a statement, Paul Norman, MTN Group’s chief corporate affairs officer, said: “To the best of our knowledge, MTN personnel, directly or indirectly, did not acquire or seek to acquire equipment for use in Irancell’s operations in a manner that was intended to avoid or circumvent US sanctions. MTN is committed to compliance with US sanctions, and is working with the US government and its international legal counsel to remain compliant. MTN owns a non-controlling 49% share in Irancell.”

Reuters provided MTN with the names of four current MTN Group executives believed to have knowledge of the procurement of US parts by MTN Irancell. MTN declined to make any of them available for interviews.

Kilowan is a central figure in a lawsuit, filed in Washington in March, against MTN by a rival telecommunications company, Turkcell. The Turkish telecom carrier has accused MTN of bribing an Iranian official and other alleged wrongdoing “to steal” from it the original licence to launch the operation that became MTN Irancell. Kilowan has provided thousands of pages of documents to Turkcell. MTN denies the allegations and has called Kilowan “a disgruntled former employee” who is an unreliable witness.

Kilowan’s claims regarding how MTN Irancell obtained US parts for its network are not a subject of the lawsuit. The claims were supported in documents and numerous interviews conducted by Reuters.

For example, Reuters reviewed an 89-page MTN Irancell document from 2008 that shows the telecom carrier was specifically interested in acquiring embargoed products.

The document spells out the requirements of a managed-services contract it ultimately awarded to Huawei Technologies, China’s largest telecom-equipment maker. In a section on managing product-support agreements for third-party equipment, the MTN Irancell document states, “This should include embargo items.”

Ross Gan, a spokesman for Huawei, said the company observes US export laws and did not provide any equipment to MTN Irancell. “Based on our limited understanding, we are unaware of any embargoed components.” He also said Huawei was “unaware” of the contract document that refers to “embargo items”.

In interviews, the US companies said they were not aware MTN Irancell had acquired their equipment. Two companies – Oracle, which owns Sun, and Cisco – said they were investigating the matter.

A spokesman for Cisco said: “Cisco complies with all US export laws and requires our business partners to expressly acknowledge that they too must abide by these laws. We have been unable to find any information suggesting that Cisco employees were aware of any sales of Cisco equipment to Iran. We continue to investigate this matter, as any violation of US export controls is a very serious matter.”

A spokesperson for HP said its distribution contract terms prohibit sales into Iran. “Compliance with US and international trade law is a high priority for HP,” she said.

Kilowan said MTN Irancell originally obtained Sun servers from an Iranian firm called Patsa. He said an official with Patsa approached him and said: “We know you’ll need these servers. We already have them in Iran.” Kilowan said the company delivered at least a half dozen of the servers about two weeks later in early 2006.

The official at Patsa didn’t return a call and e-mails seeking comment.

Patsa later won a contract to manage MTN Irancell’s data centre, which contains customer information. Kilowan said an Iranian official at the telecom carrier said Patsa could only have the contract if it partnered with MTN’s Iranian partners – Sairan, which is believed to be controlled by Iran’s defence ministry, and Bonyad Mostazafan, which is believed to report directly to Iran’s supreme leader.

Kilowan said the three companies then set up an Iranian firm called Arya Hamrah Samaneh with MTN’s approval. He said Arya Hamrah was used to “camouflage” purchases of embargoed equipment.

Arya Hamrah’s Web site recently said the company was founded in 2006 and was “a leading technology services company”. According to archive.org, which archives Web sites, the company in 2007 listed only one customer under “Projects” – MTN Irancell – and stated it was involved in “procurement” for the telecom carrier’s data centre.

The section of the 2008 MTN Irancell contract document that refers to “embargo items” also states that the telecom carrier had a support contract with “Arya Hamra Systems” and that “it would be prudent for the selected vendor to use the same supplier”. The spokesman for Huawei, which won the contract, said his company “has never worked with Arya Hamrah Samaneh as part of the management service contract with MTN Irancell”.

An Iranian familiar with Arya Hamrah said it was a “major partner and major supplier” of MTN Irancell and that it was able to procure equipment from Sun and HP without any problems, via Dubai. He declined to discuss Arya Hamrah’s ownership, saying it was “a secret”.

Another person familiar with Arya Hamrah said one of its sources for Sun equipment for MTN Irancell was an Iranian firm called Fakour, with which Arya Hamrah sometimes competes.

The home page of Fakour’s Web site, fakour.net, features the logo of Oracle, which owns Sun. The Web site also includes detailed information about Sun products including Sun marketing material. The site states: “For near twenty years, Fakour has been recognised for its innovation and leadership in bringing network computing products especially Sun Microsystems products and services to the country’s market.”

A lengthy list of Fakour’s “main customers” for its “Fakour Sun Microsystems services department” includes Irancell, Arya Hamrah and Huawei. The list also includes 10 Iranian banks, Iran’s Ministry of Energy and numerous Iranian oil companies. US trade sanctions specifically target some of the banks and other firms on the list.

A manager at Fakour did not respond to a request for comment.

Mahmoud Tadjallimehr, a former project manager at MTN Irancell, said in an interview he was present when the telecom carrier obtained more than 10 Cisco routers and numerous switches in 2007 to route communications traffic. Tadjallimehr worked at the time for Nokia Siemens Networks, but said Nokia-Siemens refrained from any involvement in obtaining embargoed equipment. He said a subcontractor called Shabakkat “did all the work to source the products”.

Shabakkat is a telecom service provider based in Kuwait. At the time, it had a unit in Iran called Shabakkat Cellular that worked on the MTN Irancell project. Issaad Assoufi, who was country manager in Iran for Shabakkat Cellular, said in an interview that equipment was purchased from a local company in Iran and that his firm was not involved with bringing it into the country. He declined to identify the local company but said it was not Arya Hamrah, which he said his company had declined to do business with.

“I don’t have anything to hide,” Assoufi said. “I didn’t do anything illegal.”

Asked how the local Iranian company obtained Cisco products, he said: “How they got into the country, this is another story. I don’t have any idea and I don’t want to know.”

MTN Signs On As Platinum Sponsor At GSMA Mobile 360-Africa 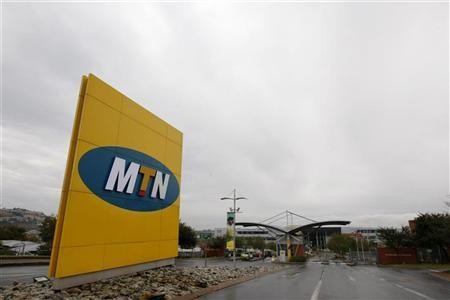