Power oversees sales hiring in the North and South America regions. Previously, he led recruiting for the product management and engineering groups, giving him familiarity with hiring practices in multiple areas of the company

Power suggests job seekers — at Google and elsewhere — begin by presenting a picture of what they’ve done in their careers as concisely and precisely as possible. Every word on your resume or profile should count, he says, and job applicants need to understand the difference between responsibilities and accomplishments.

Too often Power receives resumes that describe their previous roles, but don’t talk about what they did in those roles that would distinguish them from the 10,000 other people in a similar role. Be precise, he says. If you were in a sales management position, don’t just say you led the sales team, talk about the amount of revenue you brought in, or the specific degree to which you surpassed your sales quota.

“Too often [applicants] leave out the numbers because they’re worried they are too low, but without those specifics you don’t stand out; you look like everyone else,” he explains.

“There’s also a temptation to be exhaustive when you put your resume together, but a resume that is really tightly written and represents your big accomplishments stands out more than an encyclopedia of everything you have ever done. Be judicious about what you put on there,” he advises.

Unlike many other companies, Google is more focused on hiring for talent rather than focusing on specific skill sets, Power says.

Consequently, Google’s recruiters don’t just look at career achievements; they also are keen to know what applicants are accomplishing at school and outside of work. “We’re really looking for people who can make a big impact and do interesting things,” Power says.

When asked if there was a type of person who didn’t fit in at Google, Power noted that applicants who are more concerned with their titles and the number of people they will manage — in essence, those who more concerned with what Google can do for them, rather than what they can do for Google — did not fare as well as those who are interested in the challenges the company is facing and how they can help.

“Google is a very cross-functional, collaborative company. [Those who are concerned with] the territory they are going to own and manage has at times been a signal that they are not going to fit,” Power says. “We’re looking for people who are attracted to the long-term mission at Google, not a stepping stone to the next level in their careers,” he adds.

Google’s interviewing process begins with a phone interview, sometimes stretching into several phone calls. Successful candidates are then invited on-site for a set of interviews with four to five members of the group they’re applying for.

Google’s interviewing style is different from most other companies, in which applicants come in and expound upon their resume and experience. That’s part of the interview process at Google, Power says, but applicants should expect to have a more open dialogue about the company and its future, and to engage in intellectual debates that will illustrate their problem-solving abilities.

“Some people [leave the interview] feeling like they’ve had a 45-minute conversation about where the Internet world is going, which feels different when you’re used to coming in and showing yourself,” Power explains.

There’s no standard dress code for interviews. “I’ve seen people come in in board shorts and a T-shirt and blow [us] away with their intellect, and I’ve seen people dressed to the nines who were unprepared,” Power recalls. “If you come in, be prepared and dress however you feel comfortable.”

If a job application is unsuccessful, Power suggests candidates continue to build relationships with recruiters.

“Sometimes you might be in a conversation about a role and it doesn’t work out, but things are dynamic, and six or 12 months from now things might shift so that you’re a match,” Power says. “You’re in a better position if you maintain that relationship instead of moving on from that opportunity. [Plus] recruiters are highly networked people, and recruiters know recruiters at other companies. Building that relationship could never hurt.”

To learn more about Google’s culture and available positions, and to submit an application, see google.com/jobs. You can also follow @googlejobs on Twitter to learn about new positions and engage in live chats with recruiters and other employees. 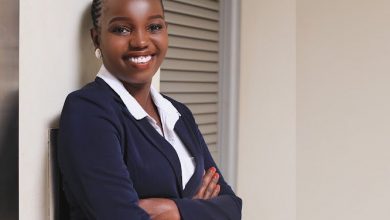