UK-based Africell Group that entered the Ugandan market in 2014 by acquiring Orange Uganda is officially off the grid. It had operations in the Democratic Republic of Congo, Gambia, Sierra Leone,and Uganda with plans to launch operations in Angola by the end of this year.

Ziad Daoud was named Chief Executive in 2019 in efforts to stabilize the company. He resigned in March 2021 and was replaced by Houssam Jaber.

“Africell’s decision to leave Uganda is based on a careful assessment of the long-term commercial outlook for the business and its fit within the overall group strategy of driving digital transformation in the communities we serve”. Africell Group said in a statement.

Here is a recap of what we need to know about the exit of Africell Group in Uganda;

Why Africell UG is closing its business in Uganda?

Africell Group has stopped services in Uganda after careful consideration of the commercial outlook for the business and a detailed assessment of the extent to which it fits in the strategy of the broader group, which is to drive a digital transformation in the communities they serve.

Leaving Uganda is the most sustainable way to fulfill their overall mission to advance the African telecoms sector through competition and innovation. Although they regret the immediate impact this decision has, they believe it is a justified and strategic long-term change and are supporting employees, customers, and other parties through the transition period. The exit plan has been developed in accordance with and approved by the Uganda Communication Commission.

What will happen to Africell UG’s sites, network technology assets, frequency and spectrum in Uganda?

What will happen to Africell UG’s customers in Uganda?

Africell UG’s customers have already transitioned or switched to other telecos. Uganda has an active telecoms market with several major operators and we are confident that customers have found or are yet to find good quality alternative providers which suit their needs and budgets.

What will happen to Africell UG’s employees in Uganda?

Africell has a plan in place to support the approximately 60 employees who will lose their jobs during this transition. The plan has been approved by the Ministry of Gender, Labour and Social Development and well exceeds minimum statutory requirements. We are committed to being respectful to and transparent with our employees. We are providing benefits to employees designed to mitigate the personal and psychological impact of their job loss and help them secure new opportunities as quickly as possible. 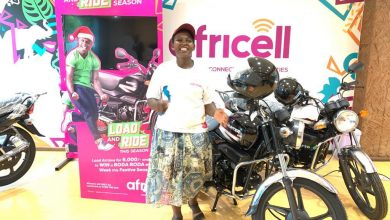