Produced by: El-Shiraj Mousa, Anandi is a thriller about a delusional girl who terrorizes the entire village forcing them to unite in a fight against her and the occultist goddess of Melimel. Girls’ Empire 2, on the other hand, is produced by Aisha Namatovu, and the thriller is a quest of a widow to save abused and convicted women following her conviction for the murder of her husband.

Speaking during the premiere of the movies at the national theatre, MTN Uganda’s Manager Digital Services, Onyait Odeke said the telco hopes to leverage its knowledge and insights garnered over the years towards the growth of the local film industry.

“We know that TV is no longer stationed at home but rather in the palm of people’s hands and it is against this knowledge that MTN with its partners, Pearlwood and YoTv partners birthed Kibanda Xpress,” Odeke said.

However, cognizant of the current economic conditions, MTN sought to make the service affordable while ensuring returns for the film industry by subsidizing the cost of viewing a movie.

MTN subsidized the cost of viewing local movies by allowing customers using Kibanda Xpress to watch a film at only UGX1,000 for a 24 hour period.

“There are millions of devices in Uganda. If we got all our friends and family to download YoTV channels app and each bought one movie, we would have enough to support the different players in the ecosystem,” he added.

In his remarks, the Chief Guest, Patrick Sekijjema, CEO Sekispice (U) Ltd and enthusiast of locally made products, applauded MTN for its efforts in promoting the local film industry.

He said digitizing the film industry is timely especially since the emergence of the covid-19 pandemic which paralyzed the entertainment industry.

“Digitizing the film industry is the only way to go and it came at the right time of the pandemic when most of our entertainment centers were closed. We acknowledge that the pandemic is not about to end so we expect that in the next few years, Kibanda Xpress will have penetrated the masses even further,” he said.

While making a UGX5 million purchase for the movies, Sekijjema committed to further extend his support to the local film industry.

A PwC report revealed that Nigeria’s film industry is globally recognized as the second largest film producer in the world which contributed 2.3% to the country’s gross domestic product (GDP) in 2016.

According to UNESCO, with the cultural and creative industries sector representing USD2,250 billion of the global economy (3% GDP) and contributing to almost 30 million jobs worldwide, Uganda has a lot to gain from developing its creative economy.

To watch a movie on Kibanda Xpress, customers can simply follow these steps: 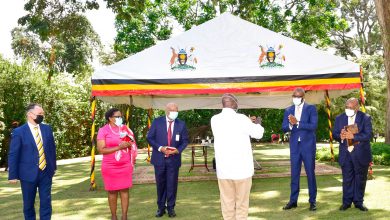 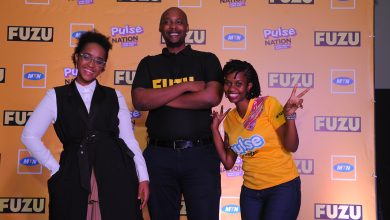