Transsion Holdings-owned; Tecno Mobile on April 6th launched the Camon X Pro and the Camon X in an event that was held in Lagos, Nigeria, that was graced by Nigeria’s Minister of Communication; Abdur-Raheem Adebayo Shittu. This came after two months the company had successfully launched their first 2018 smartphone, the Tecno Camon CM.

Like, we always do, PC Tech Magazine, was given a Champagne Gold color variant Tecno Camon X for review. And after two weeks of use here’s our final thought about the flagship.

Tecno came up with the say “More content, Less slide” for its Camon X and X pro … this is because the full 6-inch display screen allows to give you more content even without having to scroll a lot.

1. Design
The Tecno Camon X comes in weighing around 152g with a visual thickness of 5.2 mm. By height and width, its measured at 158.6 mm X 75.8 mm respectively. The Camon X has a plastic matte champagne goldness, a gold-rimmed rear camera lens, and the Tecno logo.

Looking at its full general design-build, on the left, as seen on most Tecno smartphones is the sim/microSD card tray. It’s always separated from the volume and the power button that placed on the right. However, this time around Tecno decided to change this and had everything placed together on the right. 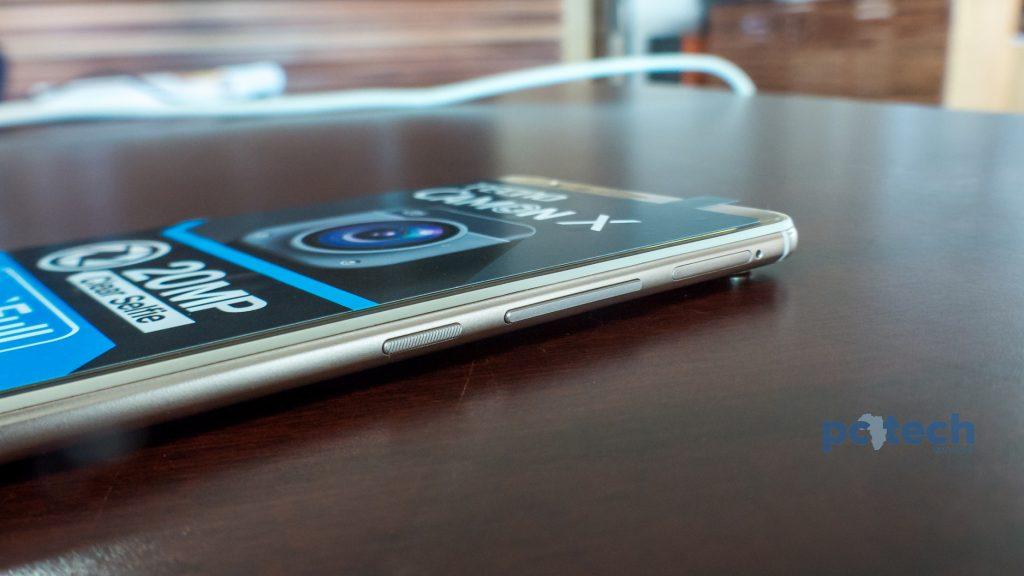 Finally, the 20MP selfie camera appearing at the front, and the 16MP rear camera, and the fingerprint sensor appear at the back.

2. Display
Like a bad hairline, bezels on the Camon X have receded far into oblivion. They are still present, but impressively barely perceptible; Tecno obviously took a giant leap in the bezel-slashing tourney on this one. Therefore, apart from space to fit camera, sensors, speakers, home keys and a slim allowance by the sides, no bezel space was conceded. I hope this is a trend Tecno intends to follow. 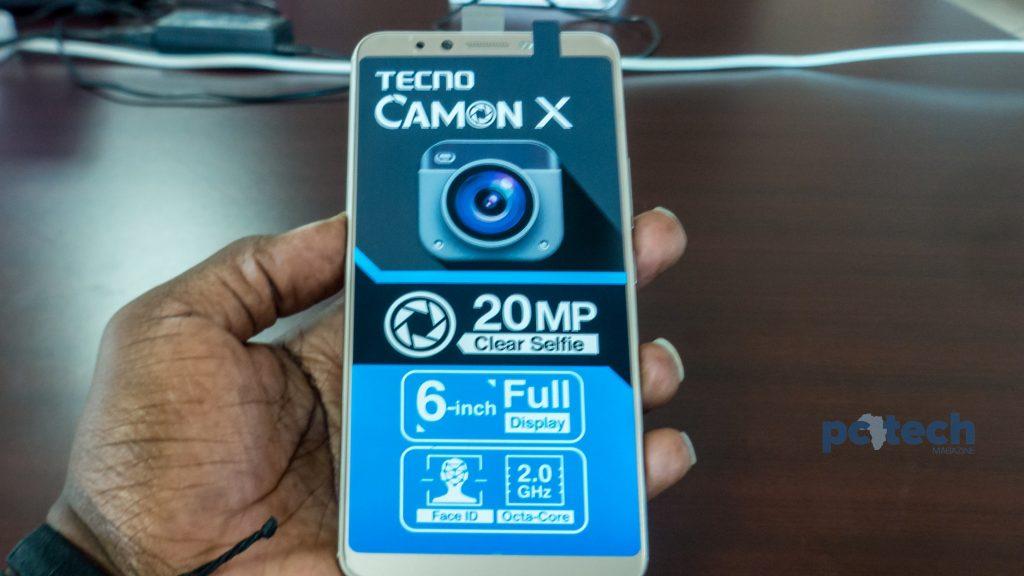 The screen itself is a responsive but slightly saturated display that whitens out everything when brightness is turned up.

3. Storage, Performance, and Battery
The Camon X comes with a 3GB RAM and an internal storage of 16GB which supports an expandable microSD slot of up to 128GB. The 3GB wasn’t bad at all, although we expected Tecno to at least give the Camon X a 4GB RAM. Anyhow, the 3GB was able to handle heavy games without freezing or crushing and supported multitasking.

The device becomes the first phone in Tecno mobiles to run Android Oreo 8.1 mobile OS which as well comes with Tecno’s HiOS v3.3.0 on top, which in addition to other features, allows you to port directly from an old Android Device to a new one without losing your apps, settings, and contacts.

The 3,750mAh Li-Ion non-removable battery is good for minimal consumption and works for one on a single charge a day. We question why Tecno couldn’t at least give the Camon X a 4,000mAh for battery. On a full charge, the battery lasted for like 9 hours on heavy taxed usage to a full day of normal use. But all in all, the battery was fine.

One interesting thing we discovered was an abnormal battery burn rate in sleep mode. It does not happen on a massive scale, but when the screen is locked and there is supposedly no activity, the battery still manages to seep out at an above average rate.

4. Cameras
Tecno has made it a habit to always bring more technology, more innovative ideas to its cameras. Though they don’t change a lot from its other modes asides from the sensors, the cameras still give great shots in daylight.

The Camon X jumps in with a 20MP front camera – which is the boldest statement about this smartphone. While the rear camera has a 16MP sensor, both supported with LED flashlights for low light settings.

Despite having only one lens, the Camon X captured good selfies with bokeh effect, giving sharp foregrounds and artfully blurred backgrounds. On the other hand, the 16MP back camera took sharp and clear photos. It also comes with super PD focus technology, which tracks and captures sequences of moving objects in sharp focus.

5. Fingerprint & FaceID Unlock
Speed and accuracy is the catch when it comes to the Camon X’s security and unlock features. First off, the fingerprint sensor which is found at the back of the phone, conveniently placed within reach of the index finger.

The FaceID (sounds familiar, huh?) feature is similar to what the fingerprint sensor does, only that this is done with the face, using the 20MP selfie camera. The setup is quite easy and can take less than a minute. The feature can be used to unlock your phone, as well as lock your selected apps.

Even though not the most accurate, FaceID on the Camon X supported unlocking the phone even in a low light situation. In these low light settings, it used the led flashlight that is projected to your face.

The question many asked was whether the feature could be manipulated with the handsets holder photo taken, and then used to unlock the phone. The answer is NO. We tried it out and it didn’t work out at all. This comes after, last year a YouTuber demonstrated how the Samsung Galaxy Note 8 FaceID could be fooled with the handset’s holder picture.

Should You Switch to Ethereum in iGaming?

How to Apply For MTN Shares on Your Phone