According to reports by Daily Nation, on a Monday morning millions of Safaricom customers were unable to make calls, send money, buy data, after the mobile service provider experienced a technical hitch.

The technical problem affected subscribers countrywide with the company saying it is working to resolve the issue.

“Sorry we are having a slight technical fault with the network services countywide but the issue is being resolved,” the company posted on its Twitter account.

By mid-day, Safaricom in another tweet says, “We wish to notify the public that starting from 9:30 am, we experienced a system outage affecting a number of core services in our network.”

However, some sources reported to TechMoran stating that the breakdowns began on a Saturday evening with failing M-Pesa notifications and delayed texts – suspecting that the firm might have suffered a major hack.

Many Kenyans have taken the outrage to social media about the issue, while the teleco seems to come them down.

On this exact date and month two years ago, Safaricom @SafaricomLtd experienced the same technical hitch! Is it preplanned! @Safaricom_Care pic.twitter.com/ip4DqkYAeh

According to data extracted from Communications Authority of Kenya – Safaricom is the biggest telecom provider in East and Central Africa serving over 26.6 million subscribers and providing over 200,000 touch points for its customers and offering over 100 different products under its portfolio.

Editor’s Note: Safaricom is reportedly said to give an official communication. 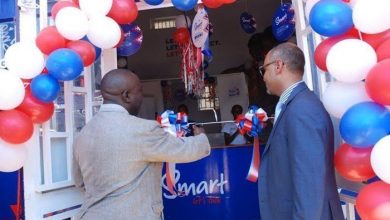