The Run which aims at collecting funds to renovate Kampala Public Schools is expected to draw over 1,000 runners who are dedicated to improving the lives of children in schools managed by KCCA.

The selected schools are in dire need for an overhaul, they are characterized with leaking roofs, mud floors, dilapidated walls with no windows. Kampala Capital City Authority (KCCA) is mandated to provide and support them with quality learning environments.

The City authority is challenged with a limited budget coupled with Land compensation for schools sitting on land owned by private individuals which leaves a lot of these schools in a vulnerable state, with the children studying in a less than desirable learning environment.

KCCA this year has budgeted UGX 500 million, an amount which can only facilitate refurbishment of one school out of the six most needy, however, 90% of the 79 city schools are remain in need of refurbishment.

In a press statement, Ms. Progress Chisenga noted that; “We partnered with the NSSF as our contribution to the transformation of a generation we foresee as tomorrow’s leaders, and providing a conducive learning environment is critical to building this nation”.

Vodafone Uganda now joins the likes of MTN Uganda, who have pioneered in these Kampala marathons in return of helping and giving back to the community. 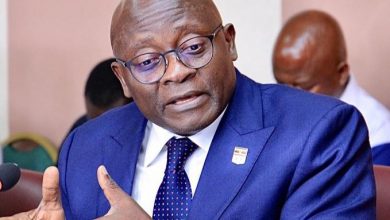