While Apple and Samsung are the kings of the smartphone market and  also something of a safe default choice these days, Nextbit, a company composed of ex-employees of HTC, Apple and others, is hoping you’ll do with their first built-from-the-ground-up smartphone, the Robin.

Robin is based on Android, but has a custom look and feel, and leans hard on cloud storage. It uploads everything (encrypted, of course) to Nextbit’s cloud servers, backing up your whole phone constantly.

As Robin’s Kickstarter page reads, “Robin intelligently adapts to your storage needs, and automatically optimises the space on your phone when it sees you need it. By learning the apps you use and the space you need, Robin offloads the stuff you don’t use to the cloud. So you can have everything you want (in the cloud), and just what you need (on your phone). Robin backs up your apps and photos whenever you’re connected to power and Wi-Fi.” 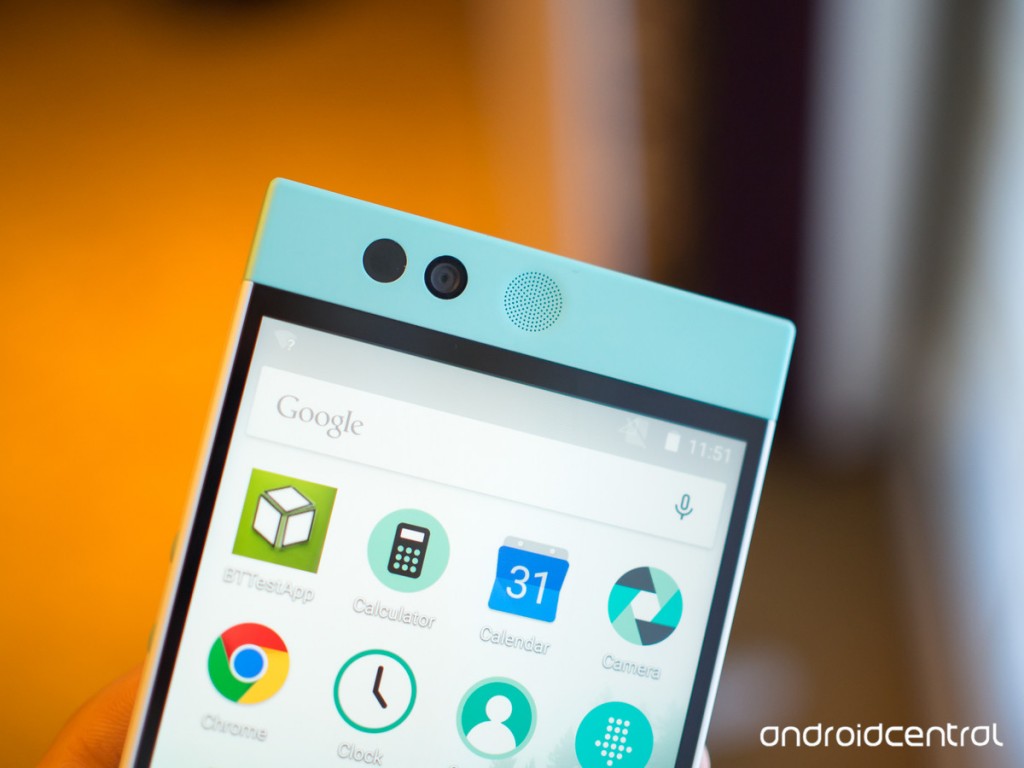 The handset is powered by a hexacore Snapdragon 808 processor paired with 3GB RAM and 32GB storage with 100GB available on cloud. The device features a 5.2-inch display with full HD (1080 x 1920 pixels) resolution. It has a 13MP camera with phase detection autofocus and dual tone LED flash. There is a 5MP front camera for all selfie obsessed folks.

The power key doubles up as a fingerprint sensor and the phone has dual speakers and USB 3.0 Type C connector. The 7mm slim device weighs 150 grams and supports NFC and LTE.

In addition to the regular microphone on the bottom, there’s also a noise-canceling microphone at the top.

Because Nextbit’s team knows more about Android than anyone else. The company CEO Tom Moss served as Worldwide Head of Business Development for Android at Google until 2010 while its CTO Mike Chan overlooked software development right from Android 1.0 through 3.0 Honeycomb. Nextbit’s Chief Product Officer Scott Croyle was formerly SVP of Design and User experience at HTC and was behind popular phones like HTC Evo, One M7 and One M8.