WE’VE spent months now talking about Social Media and politics in Uganda, with much mirth, debate and – in some quarters – scepticism about the impact of one on the other.

In Uganda today ‘Social Media’ has become a Constituency of sorts, still one without direct voting rights to any political office, but with a significantly growing impact on political discourse in this new internet dispensation <— that is how we talk in Uganda, and it cracks me up every time!

Over a month ago we saw the crossover caused by the impact of social media on politics when one Danny T got locked up at Naggalama Police Station.

This Naggalama is the same police station where Dr. Kiiza Besigye is normally a guest of the State, because it is near his home and therefore provides convenient access for both him and the police.

Enter a lawyer called Andrew Karamagi who gained notoriety a while back for walking up to the then-Attorney General Peter Nyombi during a Uganda Law Society event as he was making a speech, snatching the written script from him and ripping it up.

Karamagi, protesting Besigye’s arrest, held a press conference and was promptly also arrested for doing so. His friends, including Danny T, went over to stand surety for him, one thing led to another and they were locked up.

The group was in police cells for a couple of days before another group of friends on twitter kicked off a pressure campaign using #FreeDanny.

It is at this point that things got interesting; Danny T is not a politician, and rarely makes political or incendiary statements.

Also, there were six other people arrested alongside Danny T – but the campaign focussed on #FreeDanny. Of course, that does not render the rest of the team inconsequential; but the tweeps didn’t even choose the most politically prolific of the group, Andrew Karamagi, who had triggered the events themselves.

Instead, they placed focus on their friend.

But then, the politics came in by way of a new hashtag – #ImpunityUG – which caught on like a TwitterFire tends to, and took aim at political issues that the UG twitterati don’t normally focus on at length.

That was the perfect example of how social media platforms get into politics and make an impact, and a portend of things to come.

Today, on top of all the people who took part in #ImpunityUG speaking more politically more frequently, we have a weekly podcast running on social media in Uganda – the Zeitgeist. It is not strictly political but one could argue that it has took some fertiliser (I do a little bit of agriculture these days) from the #FreeDanny incident because it emerged shortly thereafter.

And we have six months to go before the main election date arrives, so imagine what campaigns are going to bring!

Besides the work done by the actual politicians and their staff or functionaries, we will see more digital, online and social media activities by people who would otherwise have spent their time teasing each other over the light social issues, sharing nudes and commenting on entertainment.

The memes that keep cropping up whenever politicians do stuff are further evidence of this even though nobody owns up to them in the open.

And because memes are generally funny, when they address politics they draw the non-political or apolitical people into the politics of the day.

Now the trick is for politicians and political players to work out exactly how to harness these resources and platforms and turn them into tools of political mobilisation and, eventually, votes.

One Ugandan political party a few months ago was actually blocking users who expressed opposing views to their posts and comments, which is the height of stupidity for anyone seeking political gains. From now on out you won’t see much more of that type of behaviour, I can almost swear!

Politicians will be set apart because of their ability to focus messaging and interaction; instead of just broadcasting, they should engage and interact, and those who are authentic and consistent will score more marks than the ones who make quick bursts of brilliance but make turnarounds along the way. 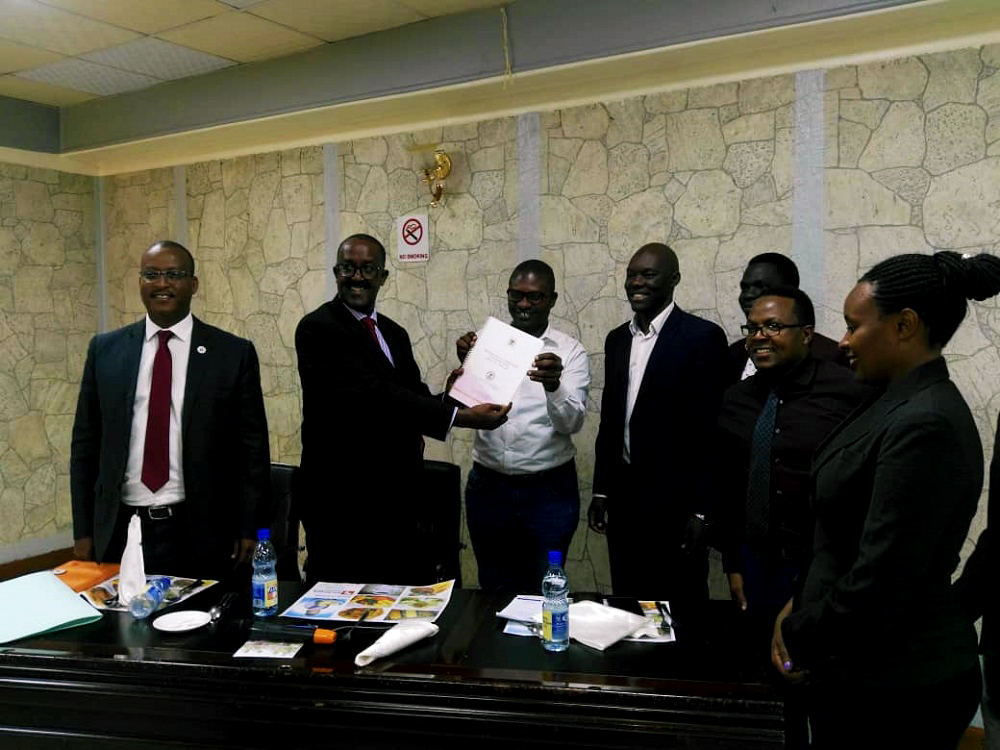 EC, OMPA in Agreement over Voter Sensitization ahead of 2021 General Elections

Of elections, VPNs and the future of Internet Access