They often say that a good gambler has a nose for the right play. It is a kind of natural instinct that leads them towards the correct decision. There is a wealth of psychological research that suggests that such seemingly natural inclinations are actually a matter of thousands of hours of subconscious learning. But however scientific the rationale, and however complex digital technologies become, it seems there is no getting away from the singular value of noses – metaphorical or otherwise. Researchers at Purdue University in the US recently found that 3D virtual environments, such as Oculus Rift, are improved by the visual presence of a virtual nose.

A nose for value 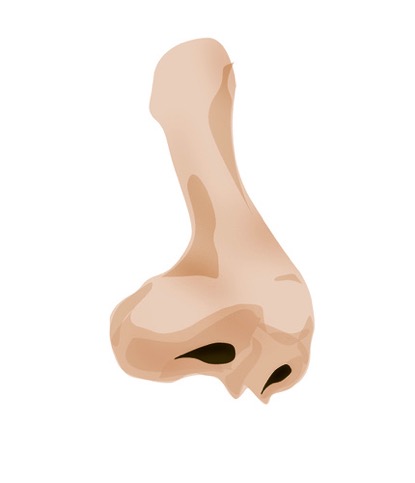 Any gamblers who are keen to sniff out the best deals online will be aware that there are an increasing number of sites that will do the hard work for them. Just about every online casino has its own promotional offer. The trick is to keep abreast of who is offering what and when. For example, right now you can win a Samsung 65″ Full HD TV from Fhats Casino. Next week, the best deal will be somewhere else. If you go it alone, sniffing out that value is easier said than done.

And just as it is easy to get disorientated by the sheer volume of information zipping around the internet, it seems that without a nose it is every bit as easy to lose your bearings in an immersive 3D setting. At every turn, it seems, we need a fixed point of reference.

A point of reference

Designers of 3D headsets had not bargained for the disorientating effects of a person experiencing physical sensations that are out of kilter with their visual input. In the most basic terms, 3D headsets can make people feel seasick. If your brain is trying to marry two opposing sets of information simultaneously, something has to give. No doubt, like those experienced gamblers who have learnt to develop an intuitive reaction to what is going on around them, it is possible to get accustomed to the demands that such a scenario makes. But who wants to spend 10,000 hours feeling seasick?

Happily, the research team at Purdue stumbled on a universal truth. Whatever else we take in visually, we are always – however subconsciously – seeing our own nose as well. In doing so, our brains are given a constant fixed point that everything else can be set against. Typically, a 3D headset will fit around a person’s face, denying them sight of that permanent point of reference.

What the Purdue team – led by Assistant Professor David Whittinghall – did was to build a virtual nose into the visual display of the headset. It meant that users were given precisely that sense of first person orientation that we are used to in real life.

The team found that players were far less impacted upon by the sort of nausea that has elsewhere been widely reported in 3D environments. They were as a result able to enjoy longer periods of immersion. What is more, most of them did not even notice that the nose was there at all.

So far, no-one has been able to develop an artificial nose capable of replacing the sort of intuition that allows successful professional gamblers to make the quick-fire, and seemingly instinctive, moves they do. But at least there is help out there if the great tidal flows of information across the internet do at times leave you feeling all at sea.