If you are considering buying a new TV, you may be having an issue of whether to buy an LCD TV or an LED TV.

Which one between these two types offers better picture quality and which one is the best overall? What offers value for your money and will last longer?

All this boils down to one’s preference, and to give you an idea on what you get if you choose to go with an LCD or LED TV, here’s a rundown of some of the major aspects being offered by both.

LED or LCD: It’s The Back Lighting

Technically speaking, an LED TV is also an LCD TV, as the screen on both is a liquid crystal display. An LCD display has two layers of glass that are polarized and joined together, the liquid crystals then pass or block the light to display the television picture.

It uses “light guides” to illuminate the center and other areas of the screen. Since its introduction a couple of years ago, manufacturers such as Samsung, LG and Sony have come up with a better version: edge lit with local dimming. This variety results in better picture quality, with the black levels becoming darker, providing a visual feast even for those very discerning viewers.

If you want the best in picture quality among LED TVs, technically it will have to be one that has full-array back lighting with local dimming. The individual zones of LEDs can be dimmed or brightened independently, making it more flexible and suitable to an individual’s taste and preference.

Comparing side by side, LED TVs generally have better black levels and contrasts than their LCD counterparts. Color accuracy is also slightly better on an LED TV. While LCD TVs are no slouch on color accuracy, compared to an LED TV, the latter has a slight advantage.

Viewing angle is more or less the same on both as this will depend on the glass panel used by the manufacturer. A thicker and higher quality glass panel is expected to provide a better viewing angle.

If power consumption is a major concern then what you need is an energy efficient television. LED TVs get the vote here as it is using less light to display its pictures. These are designed to produce a better quality pictures while also using less power than LCD models.

If the price tag is of major concern, LCD TVs are the obvious choice as their prices have gone down ever since LED TVs started becoming more mainstream.

In terms of size, LED TVs are slimmer compared to LCD TVs but not by much. LED lights can be installed in smaller places, allowing manufacturers to trim out some unnecessary weight. If space is an issue, better to keep those measuring tapes handy before buying your latest TV set.

The Best Choice For Gaming and Home Theatre

Planning to hook up your game console to your monitor? LCD TVs, in the long run, are recommended by many as the better choice since heads-up display (HUD) elements in some video games may create ghostly permanent images on the screen when used for a long time. This is what you call burn-in, which is less likely to happen with LCD TVs. Those who have set up a high-end home theater on their PC may also opt for an LCD TV to avoid the same.

Given these pros and cons of both LCD and LED TVs, it’s really up to the buyer to figure out which suits their needs best. Obviously, LED TVs have the more advanced technology, slightly better picture quality (generally speaking), but comes at a higher price point. LCD TVs remain in production despite the gaining popularity of their LED counterparts and this is because they offer good value given at a lower price, doing so with above-average picture quality.

Watch your favorite TV Episodes and movies on the go with your cloud hosted virtual desktop along with windows applications and O365 with remote accessibility from your favorite mobile device anytime & anywhere with CloudDesktopOnline. For more innovative cloud applications visit Apps4Rent.com. 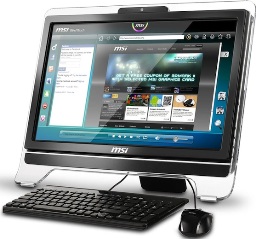 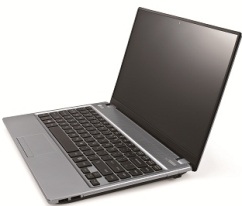 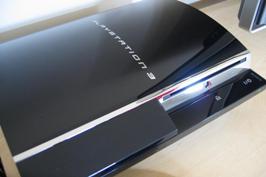 Bunch of PSP Games in the Offing for PlayStation 3