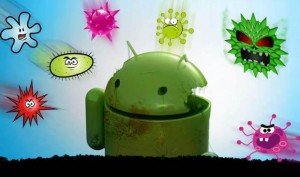 Over 10 million dubious Android applications have been logged by Security firm Kaspersky  to date.

This is because Android is the most popular mobile operating system on the planet, and the most targeted by cyber criminals. It attracts the most attention from malware writers.

“In most cases malicious programs target the user’s financial information. This was the case, for example, with the mobile version of Carberp Trojan that originated in Russia,” Kaspersky explains. “It steals user credentials as they are sent to a bank server.”

Over 98 percent of mobile malware is aimed at Android, Kaspersky notes. The prevalence of third-party app stores and Android’s open architecture both play roles in the reason why it’s such a popular target.

Kaspersky offers up a handful of tips, such as recommending against activating the “developer mode” on Android devices. The security outfit also warns against installing applications from third-party sources and carefully studying the rights that seemingly legitimate apps request. And of course Kaspersky recommends using protection software.