The Georgia Institute of Technology has signed a letter of intent to develop “a mirror lab” in Rabat, Morocco, that will coordinate and reflect advances in materials research with its current labs in Metz, France, and Atlanta.

The objective of the labs is to conduct advanced materials research in a globally coordinated fashion, particularly in the fields of photovoltaics, energy recovery and conservation. The labs are to promote the emergence of a unique international ecosystem of innovation, technology transfer and economic development tying togetherAfrica, Europe and America.

The intent is to extend the activities of the lab operated by Georgia Tech and France’sNational Center of Scientific Research on the Tech campus in Atlanta and the Georgia Tech-Lorraine campus in Metz to the International University of Rabat in Rabat, Morocco’s capital.

The joint Georgia Tech-French lab opened on the Georgia-Tech Lorraine campus in 2006 and was extended to the Tech campus in Atlanta three years later during the visit of a large number of French government and academic officials to the Georgia Tech campus that year. The expansion of the lab to Morocco is in keeping with the proliferation of academic ties around the world providing opportunities for students who cannot travel to the universities in either the U.S. or Europe for technical studies.

Abdallah Ougazzaden, director of Georgia Tech-Lorraine, represented the university for the official signing in Rabat on April 4.

The International University of Rabat was launched in 2010 with 200 students on 50 acres donated by Morocco’s King Mohammed VI in a new technology park. The campus is to be completed by 2015 and the university plans to have 280 faculty members and 5,000 students by 2020.

Two pension funds, one French and the other Moroccan, are to be the main investors in the institution that is developing its curriculums to complement the Moroccan government’s development plans with emerging sectors in its economy.

These sectors include transportation, tourism, affordable housing and local sources of energy. Also included are the further development of its railway, naval, automobile industries and its aerospace engineering and architectural design capabilities.

Mr. Hollande was accompanied by nine ministers and 50 business leaders and more than 30 contracts and agreements concerning rail transport, food, water treatment and renewable energy were signed upon his arrival.

France’s position as Morocco’ leading commercial partner slipped last year when Spaintook over as the top exporter to the country of 32 million people.

Mr. Hollande also expressed his gratitude for the Moroccan government’s support of the French military intervention in Mali and for its cooperation in dealing with a number of security threats in the wider Sahel region. 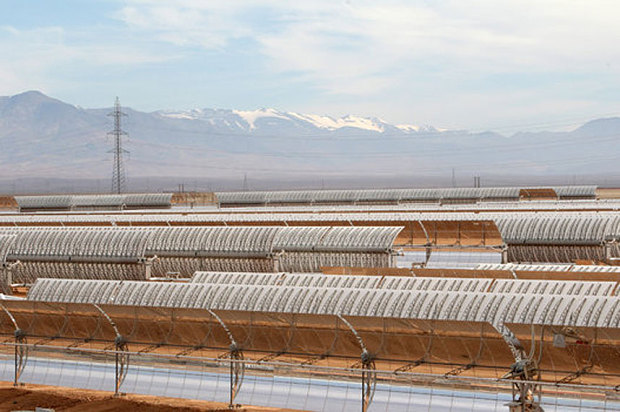