However, the group’s East Africa operations disappointed. The unit reported revenue down from R258 million to R173 million, and operating profit dropped to R1 million from R52 million a year ago.

The unit weighed on Altech’s pre-tax profit, which was R261 million, compared with R354 million in the first half of last year. It also performed poorly last year.

CEO Craig Venter says the “first half of the financial year showed results below our expectations, particularly from our operations in East Africa”. However, the bulk of the company’s 34 operating units met or beat expectations, says Venter.

“We remain optimistic that the second half of the financial year will show an improvement,” says Venter.

Venter says corrective action has been taken at its East African operation, and the entire management team has been replaced. He says Altech will get the operation to deliver the results it should, and it remains a growth driver.

East Africa slumped due to delays in launching the data centre, a $7.5 million project in conjunction with Kenya Data Networks’ co-shareholder, the Sameer Group, says Venter. The company has experienced a lag in rolling out parts of its fibre network, he adds.

Venter says the changes are already starting to pay off, and the unit is poised to benefit from an expected Internet explosion in the region. “We own the network.”

The unit accounts for 71% of group revenue, and 76% of total profit.

Autopage grew revenue from R2.8 billion to R2.997 billion, and improved its operating profit margin from 3.7% to 4.1%, says Venter. He adds that the mobile market is still “exceptionally competitive with aggressive price movements”.

Altech Technology Concepts reported an operating loss of R16 million from revenue of R27 million. Venter says this was expected, as the company is transforming into a tier one Internet service provider.

“The focus now is to increase revenue by expanding the network’s distribution capacity, both directly and indirectly, over the next two years,” says Venter.

Altech Multimedia, which mostly comprises decoder manufacturer Altech UEC, reported operating profit of R6 million, and is on track to meet its target of R35 million by the end of the financial year, says Venter.

Netstar beat its profit expectations for the period, and the company is busy with an acquisition in Latin America, which will make it the biggest vehicle tracking company in the world, says Venter. 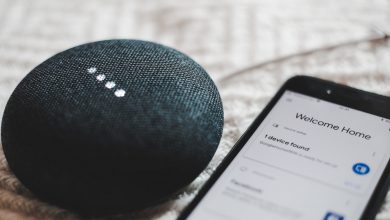