We’ve seen it photographed, videotaped, and even, briefly, up on RIM’s own website. Now it’s up there to stay, the BlackBerry Bold 9900 and 9930 (aka the Bold Touch) have been made official. As expected, the phone packs a 1.2GHz Snapdragon processor that has only a 2.8-inch VGA touchscreen with a 287dpi pixel density to worry about. On the back is a five megapixel camera and inside is 8GB of internal storage (with microSD expansion) and NFC circuitry.

At 10.5mm it’s RIM’s thinnest handset yet, featuring a stainless steel circumference and a fiberglass back, while up front of course it makes room for a full QWERTY keyboard.

The 9900 supports HSPA+ connectivity to get its 4G on, while the 9930 is the world variant, adding dual-band CDMA and quad-band GSM to the mix, and both do 802.11a/b/g/n along with Bluetooth 2.1. Both, quite naturally, include the new BlackBerry 7 OS, including a faster browser and voiceactivated search.

The PicoPix is a cute projector that looks like a miniature version of a standard projector, much like BenQ’s Joybee GP1. It uses an LED lamp and LCoS (Liquid Crystal on Silicon) technology to project a 52in diagonal image at 7ft. It can run on batteries for two and a half hours, and can play MP4 videos directly from USB drives, making it ideal for movies on the go.

The built-in MP4 player can play a wide variety of container files and codecs from a USB flash drive, including MKV and Flash video, and MPEG4, H.263 and H.264.

Audio support is limited to MP3 and WAV, and you can view images in JPEG, BMP, PNG, GIF and TIFF formats. For presentations, you’ll still need to attach it to a computer as it can’t read PowerPoint files natively, but if your presentation is in a video format, you’ll only need to carry the PicoPix and a memory stick.

After the Samsung’s Galaxy S II, here comes another slice of Samsung and this slab has that same 4.3-inch Super AMOLED Plus display tucked in there. It’s a little less slim, a little less classy, and a little less quick than Sammy’s latest world-conquering wunderphone, but the LTE-equipped Charge is a proper contender in its

Read on to see why. The Droid Charge is definitely a bit of a handful, as you’d expect with its 4.3- inch, 800 x 480 display. Still, we wouldn’t call it a big phone by today’s standards.

It’s .46-inches (12mm) at its thinnest, though it swells slightly in a little flare at the bottom. It’s considerably lighter, too, 5.04oz (143g) versus 6.23oz (177g), though that relative lightness comes at a cost: a somewhat plasticy build. It doesn’t feel bad; there’s a comfortable taper about it, a little bulge at the bottom that shifts the center of balance of the phone downward toward the center of your palm when holding it.

It’s quite comfortable to hold, helped by the smooth, glossy back that, sadly, seems a bit prone to scratches.

The Charge is sadly not a member of the dual-core militia, but despite its 1GHz Hummingbird internals we found it to be quite responsive. You know, snappy. It won’t blow your mind with ridiculous benchmark scores but, more importantly, it never left us waiting.

MSI sure is keeping itself busy with all-in-ones these days.

The inexpensive Wind Top AE2050 arrived a month ago, and now the company is back with the Wind Top AE2070, a more tricked-out 20-incher. This iteration also has a 1600 x 900 display, but steps up to USB 3.0 and can be upgraded to a 3.1GHz Core i3 processor and NVIDIA GeForce GT540M graphics.

Other specs include a 500GB 7,200RPM hard drive, two three-watt speakers, a DVD burner, and a 6-in-1 memory card reader.

Software-wise, it runs Windows 7 along with the latest version of MSI’s Wind Touch UI, which includes Facebook and Twitter buttons in the browser, a dedicated window for viewing photos and video, sticky notes, and weather and time widgets for the desktop. No word yet on pricing or availability, though we assume it’ll be quite walletfriendly.

We were promised we’d get Dell’s latest Precision powerhouses on May 10th, and that may still be the case for the US, but the company’s UK outlet is ready to let you customize and buy an M6600 today.

The 17.3-inch laptop offers options for a multitouch display with stylus functionality, a 2.5GHz quad-core Core i7-2920XM CPU, 16GB of DDR3 RAM, up to half a terabyte (2x 256GB) in solid state storage, and NVIDIA Quadro 4000M graphics. Prices start at $2,590 excluding VAT and shipping, though the unit we’ve listed would set you back a neat $7,880. Its a pretty sweet rig if you can afford it.

Apple may be getting all the headlines thanks to its new MacBook Pro lineup, but it’s not the only company dishing up some tasty new laptops this week.

Samsung has just released its Notebook Series 9 over in Korea, and the mention of Apple is appropriate, as this stylish new addition to the laptop scene has the wafer-thin MacBook Air firmly in its sights.

It even trumps its Apple rival by being just 16mm thick – that’s a single millimetre skinnier than the Air – and its attractive body weighs just 1.5kg. Inside you have an Intel Core i5 processor doing the heavy lifting, while the 13.3in LED-backlit screen is HD capable. A 4GB allowance of DDR3 memory should keep you trucking at speed through most tasks, and Samsung claims a seven-hour battery life.

Out now in Korea, the Notebook Series 9 is expected to be with us here in the UK next month, while its price hopefully won’t be a world away from the £1,370 equivalent Samsung is asking in its home market.

Upgrading your PC can be a fraught experience, especially when it comes to finally choosing one component over another.

Never has this been more true than with graphics cards, where both AMD and Nvidia offer a huge array of cards, clogging the mid-price range with numerous closely competing GPUs and configurations.

It’s hard not to be impressed by the GeForce GTX 560 Ti 1GB. It comes into what’s always been a very competitive spot in the market, and slots between the Radeon HD 6870 1GB and HD 6950 2GB on price.

For the most part, it betters both across the range of games we tested with, especially when we used 4x AA.

What’s more, the excellent mid-range performance is complimented by one of the best reference coolers we’ve ever seen.

The tripleheatpipe cooler not only kept the card very cool, but the cooling fan was inaudible over the already quiet fans in our test system. If you’ve held off upgrading until all the cards are on the table then, you’ve got our permission to feel smug – the GTX 560 Ti.

Photography Blog praised the K-7 for its weatherproofing and for having “one of the best LCD screens” they’ve ever seen on a DSLR, while ePHOTOzine were impressed by the image quality and Wired found the package of features and specs exceedingly robust given the $1,300asking price. Some shortcomings were found, such as the slightly unintuitive interface and noise levels at higher ISO settings, but impressions were overwhelmingly positive. If you’ve been looking for a solid alternative toCanon’s 50D or Nikon’s D300, this is it!

The D-Link brand is more commonly associated with routers and networking equipment than storage, but the ShareCenter range has begun to change this perception.

All ShareCenter-branded NAS devices are reasonably priced andthe Pulse is no different. At only $100, it’s one of the cheapest two-bay NAS enclosures available. It’s also very simple to use, which is great if you’re new to network-attached storage.

The unit itself is relatively compact and looks rather sleek, with a mirrorfinish plastic front and several status LEDs to indicate the status of any installed disks. Apart from the power button and a single USB port hidden behind a flap on the front of the unit, the Pulse is a refreshingly simple NAS enclosure that new users will appreciate.

A one-touch button will back up the contents of a memory stick or external hard drive directly to the NAS, or you can attach a USB printer to print over the network.

The Dell Venue Pro brings a best-in-class experience for communications and on-the-go life management with its vibrant display coupled with a built-in keyboard. You can access email, manage calendars, and play Xbox LIVE games all in this one device. Your life just got more productive. Features include a stunning 4.1” WVGA AMOLED capacitive, multi-touch display, full portrait QWERTY keyboard to provide a better viewing & messaging experience. Its elliptical, slender form provides elegance in a pocket-friendly size, and it has Gorilla Glass for unprecedented durability and scratch resistance. 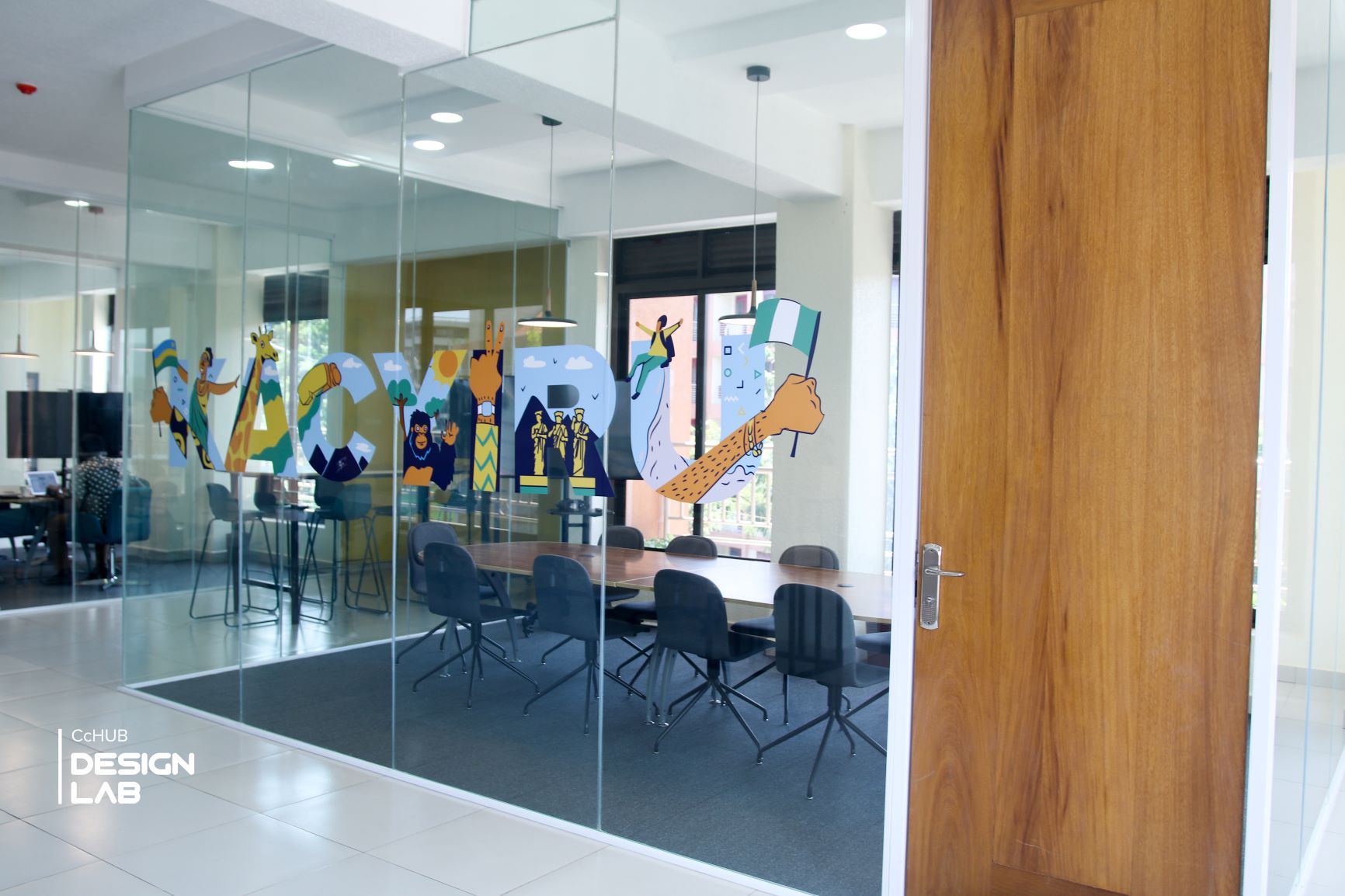 12 Things You Need to Know About WordPress 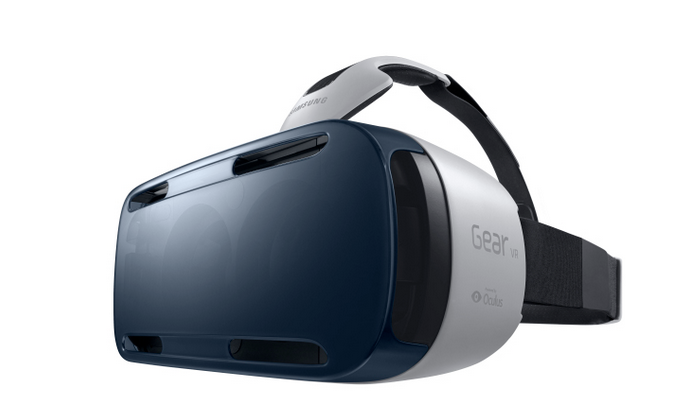 Lessons From The Thoughtworks Design Workshop