Motorcycle hailing service, Safeboda has today rolled out an iOS version of their popular smartphone application to users in Kampala.

The iOS version of the application comes in handy for a market segment that was being left out of the service.

As a way to quickly tap into the market segment of iPhone users, Safeboda announced on their social media channels that it is giving away 10,000 UGX free ride credit to the first 500 downloads.

Want to know how the SafeBoda app works? Check out this useful little video which explains it.
Download the app now; https://t.co/gX8dfyQAGf pic.twitter.com/03T4NFMfs7

Towards the end of August, the company announced the launch of a virtual mobile wallet to allow its users to top-up their rides credit with MTN and Airtel Money.

Back in July, the company said over 15,000 people in Kampala were using the app to hail and safely ride on motorbike taxis (boda bodas) across the city. 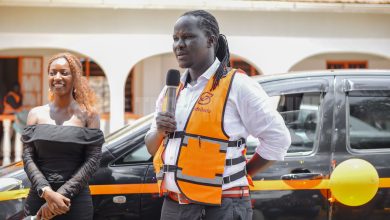