Yesterday the Minister of Finance presented the National Budget 2015/16 with the theme “Maintaining Infrastructure Investment and Promoting Excellence in Public Service Delivery”  With three thematic areas of sector performance and Interventions as Defence and National security, Commercializing production and value addition and Strategic infrastructure development and maintenance.

We await to see how many commercialization of production and value addition will apply not only to Agriculture but also the ICT like what MTN has done by commercializing the web and mobile applications developed in the recent MTN App challenge.

Improving access to efficient and affordable ICT services is key to promoting private sector investment, by significantly reducing the cost of internet services and which also stimulates the growth of other related sectors of the economy. The ICT sector currently employs about 1.3 million people and generated up Shs 416.7 billion in 2014 up from Shs 332 billion in 2013. It contributes almost 2 percent to national output. The number of mobile telephone subscribers now stands at 19.5 million, while internet subscriptions increased from 3.4 million in 2013 to 4.3 million in 2014.  But this is still low at 16.2% compared to 39.2% in our neighboring Kenya.

The volume of various value added services such as Mobile Money transfers and other data related services are becoming more popular. All these are attributed to the improved ICT infrastructure. The issue however is the 10% tax on Mobile money transactions has been upheld and also the bank charges attract 10% tax. With MTN introducing the Bank Push and Pull an invention would deepen financial inclusion.

The operationalization of the national backbone has started yielding positive results. By January 2015, thirty (30) public offices were connected to the National Backbone Infrastructure (NBI) and received high speed internet bandwidth. This intervention has led to a reduction in Government expenditure to the tune of UGX 5.287 billion per annum. In the coming year, an additional 60 offices will be connected to further reduce public expenditure on connectivity by UGX 9.347 billion.

The National Information Technology Authority (NITA-U) is currently consolidating the hardware and software licenses with the objective of accelerating delivery of Government services. Other developments include the connection of Public Universities to the National Backbone Infrastructure (NBI) to enable access to high speed internet connectivity and facilitate e-learning and technological research.

A One Network Area for telecom services for partner states under the Northern Corridor Integration Project was established. As a result, calls originating and terminating in Uganda, Kenya, Rwanda and South Sudan are charged at the local call rates, hence, reducing the cost of cross-border business transactions from USD 18 cents to USD 10 cents per minute.

Digital Broadcasting Migration that increases the efficiency of the use of the broadcasting spectrum has commenced with a pilot phase covering Kampala. Digital Migration in broadcasting will be rolled out nationwide, under a Public Private Partnership arrangement.

Next year interventions in Information and Communications Technology will include the following:-

In 2014, Government completed construction of two phases of the National Transmission Backbone Infrastructure (NBI). This has improved Internet connectivity at a more affordable cost. This has equally reduced the cost of bandwidth to USD 300 per Mbps (Megabit per second) per month, down from USD 600 per Mbps prevailing on the market.

“I encourage the private sector to utilize this infrastructure in order to reduce their costs of doing business and enhance their efficiency and profitability” the Minister said. Because in order to increase the economic benefits the country receives from improved connectivity, a Business Process Outsourcing (BPO) incubation center at the Statistics House was officially launched. The Centre employs 250 employees, directly. An additional 4,000 employees are currently employed by other BPO operators in the sub-sector. This represents an opportunity for Uganda to become a business process outsourcing (BPO) hub on the global market. The Government needs to look at building centers across the country rather than have a National Hub at Namanve.

The problem with Finance is using Statistics like a drunkard uses a light pole for support rather than illumination. At the end of the financial year 2015/16 Ugandans would want to see how the Macro outlook of this budget in terms of completing the third phase of the National Backbone Infrastructure brings about the micro beneficence. When the third phase of the NBI is completed how will this trickle down to me the daily internet user rather than just promoting eGovernment. 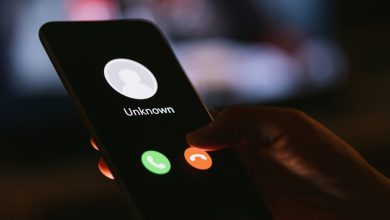