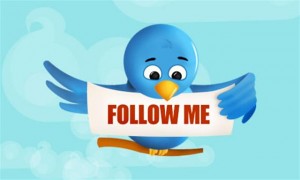 Researchers, from Imperial College London, have found that they could easily tell if humans were responsible for tweets, without even looking at their content, based on when the user’s tweet was posted. The timing of tweets is the major clue as to whether they are authentic or not, new research suggests.

Their technique also enabled them to distinguish between individuals and those accounts managed by groups of people.

Surprisingly, they found that there was not an obvious pattern for automated Twitter accounts, which were more random than humans in terms of the timing of tweets. The technology behind the research could provide a new way to verify the authenticity of Twitter account users.

The study is also providing fresh insights into how our brains operate when using social media tools.

Doctor Aldo Faisal, the study author said: ‘We found that it does not matter whether you are a model in Sao Paulo or a student in Beijing; it seems that we all share something very similar in our tweeting pattern that dictates the timing of when we send out messages.

‘Why is this important to know? Well, it suggests that there is something fundamentally similar in the wiring of our brains that comes into play when we use twitter to communicate.’

The researchers analysed 160,000 tweets from around the world using computer programmes that they developed to spot complex behavioural patterns in Twitter users.

By analysing the timing interval between tweets the team were able to determine that personal accounts holders tweeted more evenly throughout the week and, on each day, more tweets were recorded during typical waking hours of 7am to midnight.

Managed accounts, run by people in corporations, were more active during the five working days and during working hours between 8am and 8pm.

However, tweets from automated accounts were less easy to predict using their method because they were random in terms of when they were sent out.


Dr Faisal added: ‘I am a Twitter user and this project was born out of my curiosity in wanting to know who I’m actually tweeting with.

‘Sure, there are methods for verifying account holders, but are they fail-safe methods? Are we really speaking to a Member of Parliament on Twitter or a PR representative or a machine? We have now developed a method that can help us determine who it is we are actually tweeting with.’